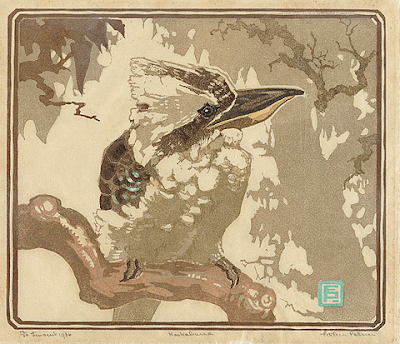 It's all been said before about Ethleen Palmer, 'Oh, that one reminds me of someone or other', so it's a routine I'm going to try and avoid simply because it detracts from Palmer when she is at her best. And when she is on form, as she was with her Kookaburra, her best was pretty good. This will also be very much a personal selection from her work. I much prefer her earlier linocuts to her later screeprints, which I think come across as brittle by comparison - online, at least. But then, that is where most people are going to see her prints. 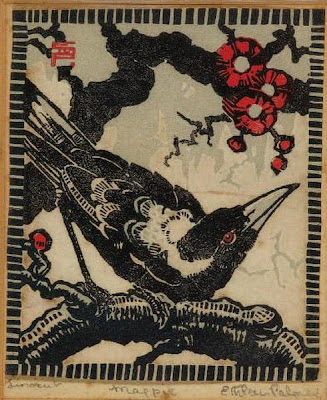 I gather she spent her childhood in various places in the Far East with her travelling parents, where her mother picked up oriental art as she went along. So, she was probably predisposed, when she at last arrived in Australia at the age of fourteen, to be as alert and observant when it came to her new habitat as the true natives you see here. That she was alert is beyond doubt. She knew that to be too representational would be fussy and fatal when it came to a medium as fluid as lino, that she needed to select as much as to describe. That she can get this balance right is one of her strengths. 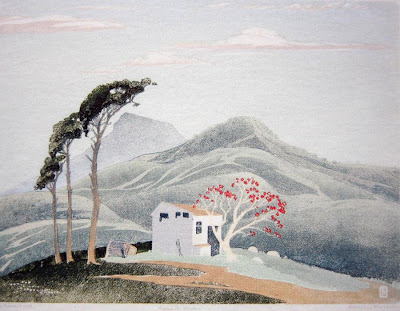 One thing she does have in common with Bresslern Roth is the way she sometimes puts her birds in square, or square-ish, Secessionist cages. But these are intimate prints from vast new spaces and really the comparisons with Roth that were made even early on her career, in the hallowed pages of the Sydney Morning Herald, were superficial. She is far more in sympathy with the British wood-engraver, Thomas Bewick, simply because she approaches her fauna the way a naturalist does, and not like a designer. It doesn't matter how much time you spend at the Vienna Zoo, the overall effect of Palmer's work is different. She doesn't always manage the differences between intimacy and huge spaces quite as well as she does here, but the sense of light, that is missing from the bird prints is ethereal, above. That she can ring the changes is important; that she doesn't always succeed perhaps suggests more about the need to make a living. 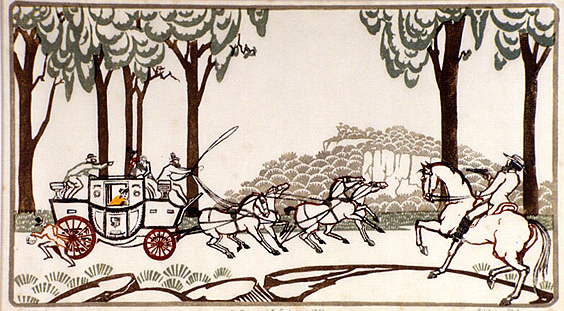 There is no doubt that she falls back on formulas and it can all turn just that bit too cute at times. I am not personally fond of pastiche (above), for instance, but that she was prepared to have a go, also takes you by surprise. The fact that this succeeds as modern print is perhaps even more of a surprise. The curtain-call trees work well against the well-defined drama below them. Even the scenery is wonderful. 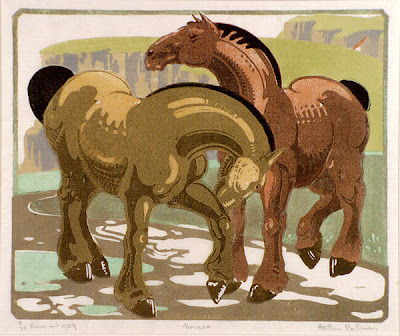 And speaking of highway robbery, the images here, that were largely lifted from the National Gallery of Australia, are in reasonably good condition (though not always), but what I do notice about some of the others by her that I see around is how many of them are stained and foxed in the margins, and to carry on with the discussion about condition, when it comes to buying Palmer as opposed to just reading about her, it seems one must be realistic in one's expectations, hint, hint. 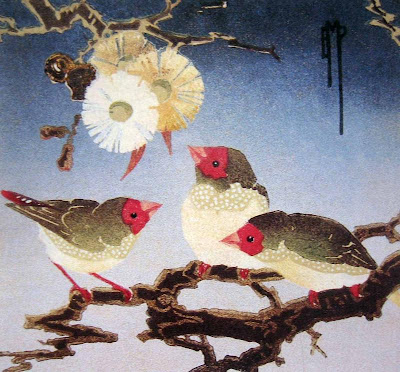 At least with Palmer we are by large spared the outlandishness of the Grosvenor School and its Australian contingent. More like Allen Seaby she relates animals to their habitat with deftness. The cliffs behind the pair of sturdy-looking horses are quite magnificent in themselves. She is nimble when she could have been self-conscious. If the interaction of her subjects veers towards sentiment on occasions, well, we can forgive her because she's good. 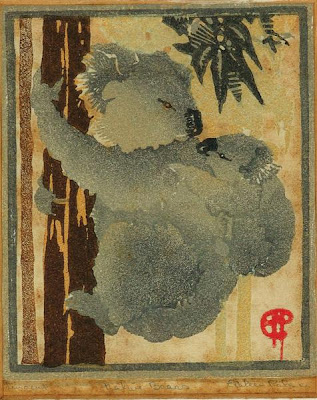