Charles Paine, his life and work, by Mark Allaby 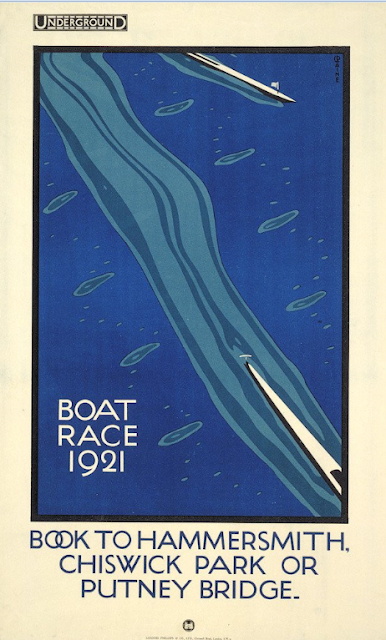 Here, at last, is a short book that gives a real idea of what it was like to be a graphic artist during the nineteen twenties and thirties. Charles Paine's uncle showed some of his work to the designer, Gordon Forsyth (who was then working for Pilkington's near Manchester) and after a favourable reaction from Forsyth  suggested to Paine's father that he ought to study art rather than work as he was in the production of rubber. He was shown the door. Mark Allaby doesn't say who supported  Paine's eight years of study at Salford School of Art (where he was trained to make stained glass) and then at the Royal College, but after reading this valuable book twice, it does seem remarkable that so much talent could have gone down the Swanee. Paine never had a straightforward career and his life was not always an easy one, but here are designs by someone who took his work as seriously as his father appeared to take his own. 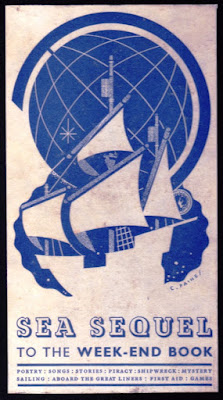 Paine followed a general course in design at the R.C.A. Walter Crane described the college in 1898 as a kind of mill for teachers and according to Henry Moore, it was much the same at the time Paine graduated. The diploma course he took was a preparation for a job as a teacher of art at a state school and, going by the enthusiasm expressed by his students in this book, Paine was an inspiring teacher. What is noticeable about the work illustrated here is the inspirational tone: a talent for psychology and design had been uncovered; here is graphic design that speaks with skill and directness, something that was new in 1919 and 1920. Boat race 1921, with its downward view of the boats on the river, was so original and impressive, it became a default setting, with Kearny and Burrell in 1924, Percy Drake Brookshaw in 1927 and Cyril  Power's The eight (1930) all following in its wake. 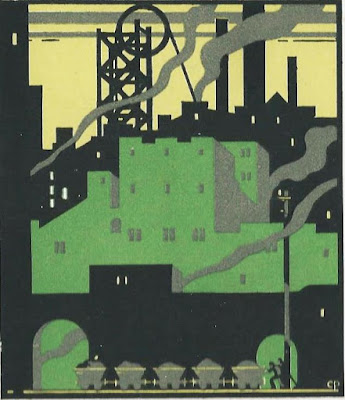 After graduation in 1919, he was offered a job by Frank Morley Fletcher running the department of applied design at Edinburgh College of Art. Fletcher had worked on a stained glass project with students at Reading and two years later another stained glass artist arrived, apparently to take over from Paine. This was John Platt,  but Paine and Platt were by no means equals.  Platt would have great success with his colour woodcut The giant stride at Los Angeles in 1922, but Paine was the better draughtsman, closer in his modern sensibility to younger R.C.A. graduates like Eric Ravilious, and he moved onto work  as a graphic artist for the firms of Guthrie (who made stained glass in Glasgow) and Sundour at Lancaster. Colour woodcut was in his make-up as a designer; Boat race 1921 was inconceivable without the example of Hokusai and his colliery scene takes the schematic approach of the colour woodcuts of Edward Loxton Knight see here. 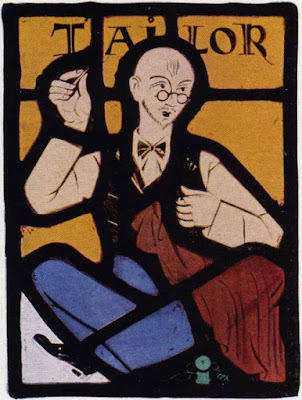 In 1923, Fletcher left Edinburgh to work at the Community Arts School in Santa Barbara and Paine went to work with him as head of applied arts on two occasions in the twenties (and would have returned a third time if the school hadn't hit such hard times). In fact, after his second stint, he and Fletcher handed in their notice on the same day. It was a pattern, never staying anywhere very long untill he and his second wife settled at Welwyn Garden City. Eventually, she bought a house on Jersey without his knowledge and both went there to live. By then, he was cut off from the places he needed to be to more a proper living as a commercial artist and he turned to watercolour. At this stage of the story, I become nervous, wondering what I will find, but his watercolour designs are excellent and nearly not well-known enough. The plan is to give then a post of their own. 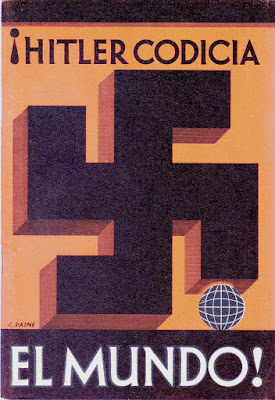 All this depends on Mark Allaby. Apart from the boat race poster, everything you see here has not appeared online before and is a testament to the care he has taken with this book and the presentation of Paine's imagery - with much of it available only on CD. The book is a half-way house between biography and Paine's graphics and is intended not only for readers interested in his designs and watercolours.  There is a lot of material in the form of appendices; nothing much is left out and none of the images in this post  can be found in the book. Sometimes I got lost, especially over Jim (who was a girl) and I would have rather had Paine referred to as 'Paine' rather than 'CP', but these are quibbles. For a book that has been published by the author, a mere two typos may well be a record.

Mark is seriously considering a Charles Paine blog. He has some diverse material, which I think would be a considerable interest to any student of mid-twentieth century design, a period that has remained fashionable for almost forty years. Only ten copies have been printed so far, but Mark tells me if there is real interest, a revised edition (less the typos) may be printed. Contact me at cgc@waitrose.com and I can pass your details on to the author. 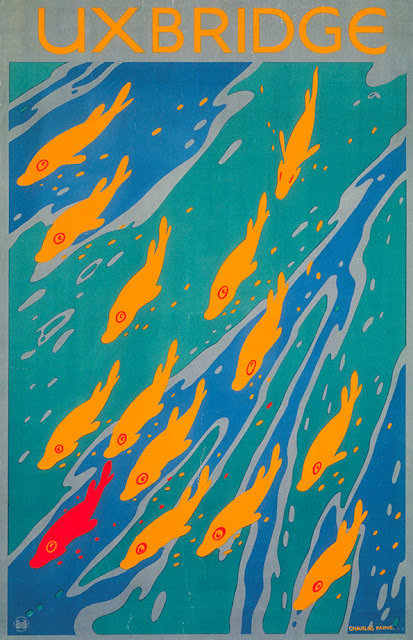 I have just heard today from Mark Allaby who tells me he has published a book about the talented British designer, Charles Paine, a designer, I have to add, who gets the full approval of Modern Printmakers. As soon as I get a copy, I will be reviewing the book and giving details of how you can get a copy of your own.