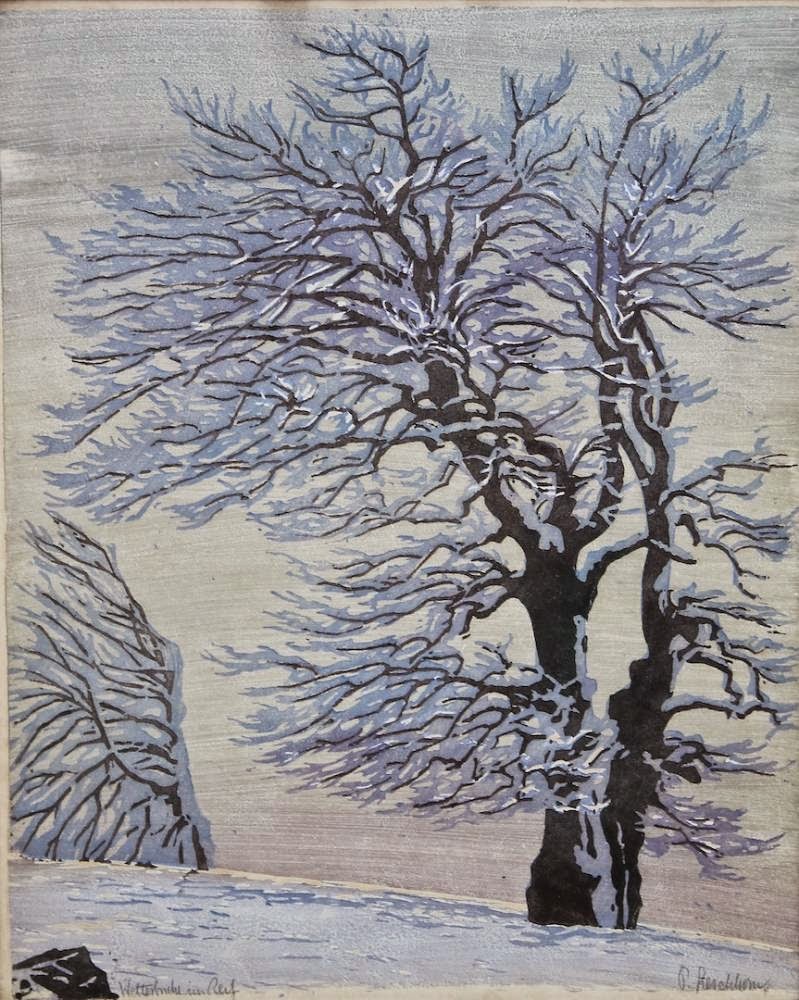 It is now almost four years since  I last posted on the Franco-German artist, Paul Leschhorn. Since then, quite a few new images of his colour woodcuts have been made available online and it's always good to see more of this still rather neglected printmaker's work. So, that is the first reason for another post. 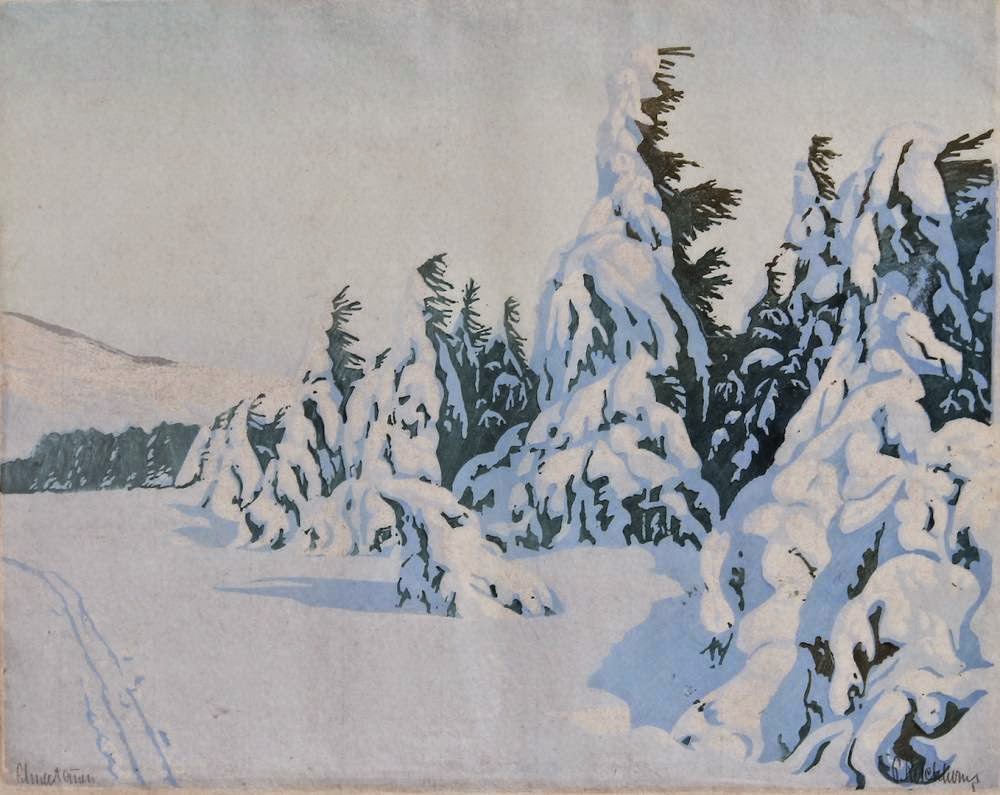 Secondly, the work of the British photographer, James Ravilious, featured in the last post, made me think over the way Leschhorn used snow in his work. He was the snowiest of all the pre-war printmakers; just like James Ravilious, he gives us the feel of snow. It was not just a matter of using snow to provide areas of white (as it was with quite a few of his contemporaries); Leschhorn was also a skier and mountaineer who knew the Vosges Mountains well. Yet his work showed some of the most unidentifiable places in by any of the German-speaking printmakers. 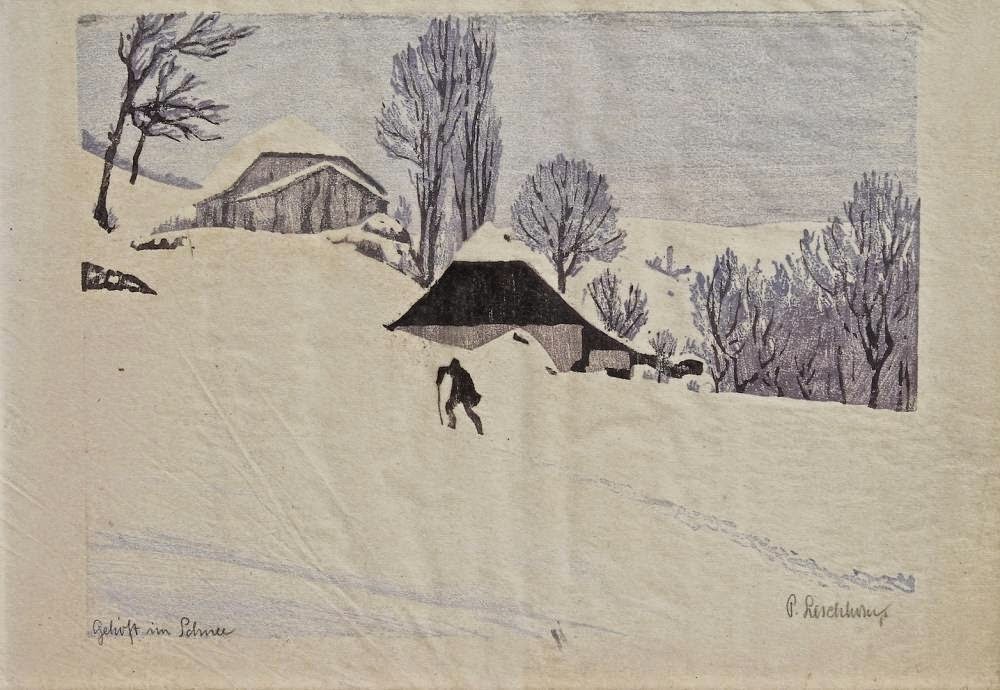 Both artists also suffered considerably as a result of war. The plane that James Ravolious' father, Eric, was in was lost over the Atlantic near Iceland when James was only two years old, whilst the Alsatian countryside and mountains where Leschhorn grew up became a part of France again after its loss to Germany following the Franco-Prussian war. Snow allowed them both to build things up again from nothing, the way many other artists do, but in their own special and peculiar way. 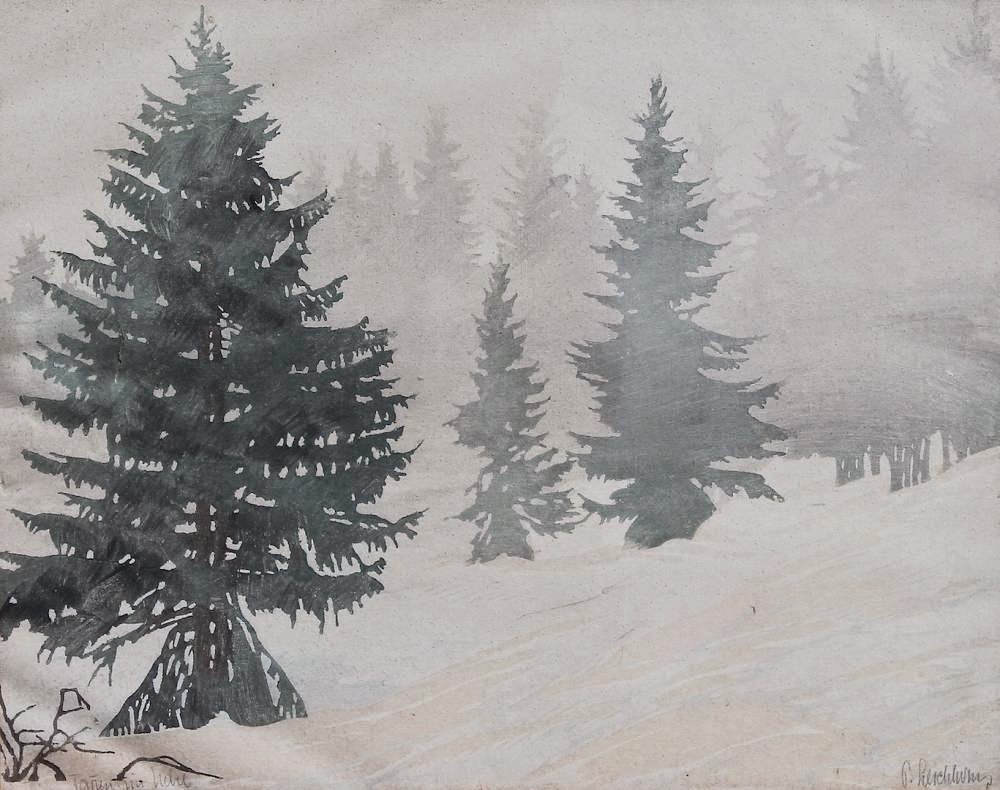 What I said in the previous post was there were many kinds of borders, many f them subtle, unacknowledged borders lost to the modern world but still affecting the way we act. I think the Vosges was one of them, much more than the Rhein and while not all Leschhorn's prints have the feeling of remoteness, these are the ones that I prefer. 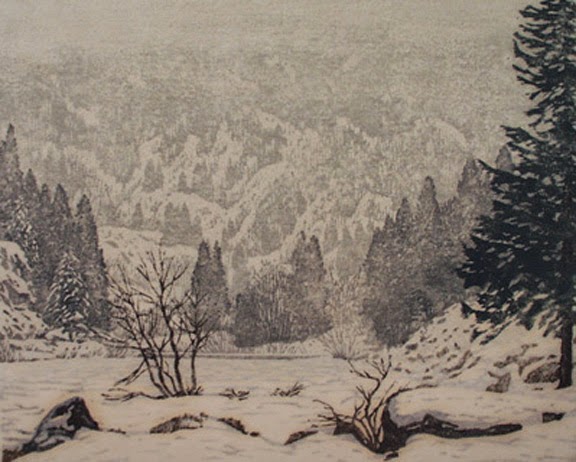 But even then, there are differences between them. For all their apparent similarities, Leshchhorn distinguished with care between one type of countryside and another and I think it's interesting that the closer he seems to get to regular human life, the more conventional he seemed to become. But then, I still don't know enough about the artist and his work to make very definite judgments about it. 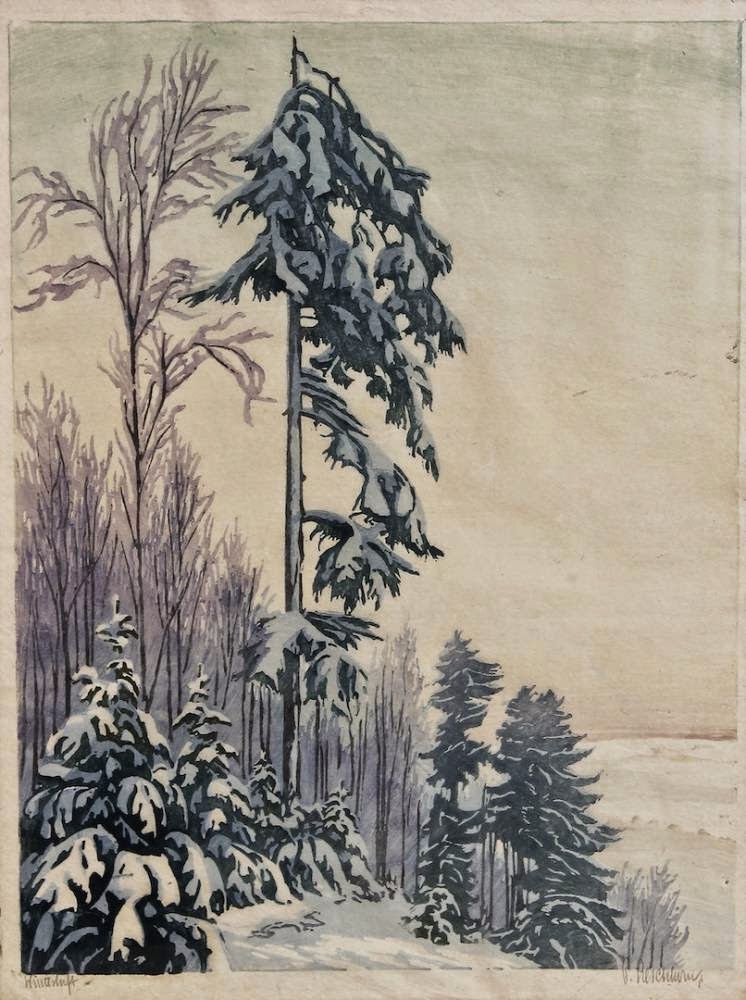 But the one thing I do like about the work of both Ravilious and Leschhorn is the way they take the photographic print and the woodcut back to their basics of black-and-white. It's paradoxical that the more monochrome they become, the more feeling enters into their work. It is the way they use shape that is so particular, both stark and blurred and, of course, it is snow that allows them to do that, to lose, freeze and to recover, all at one and the same moment. 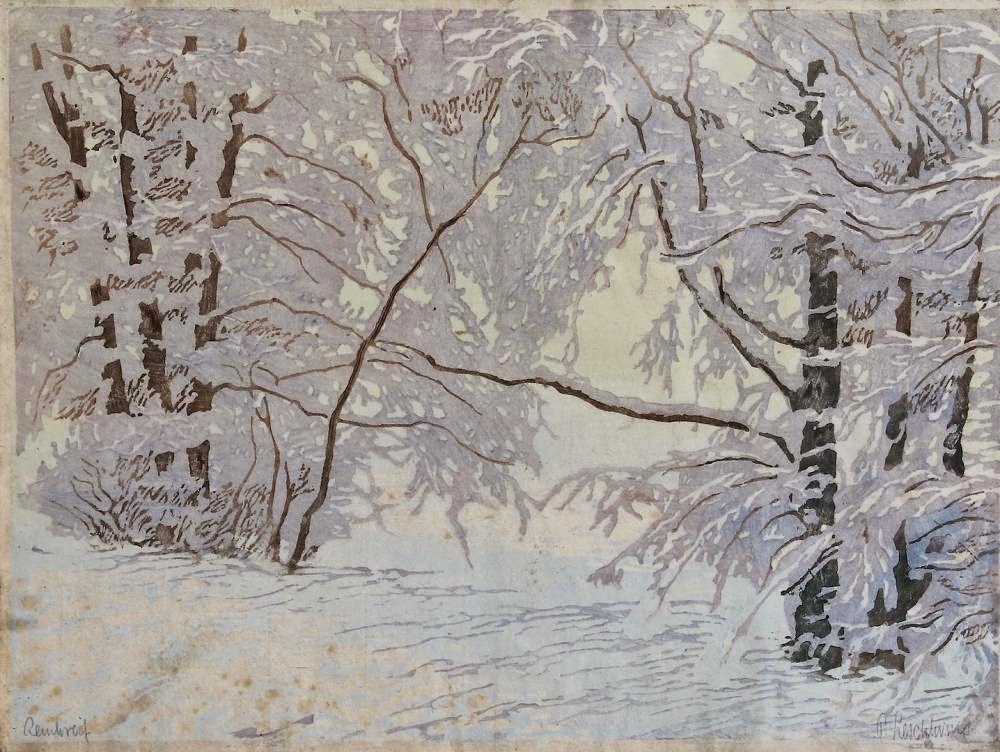