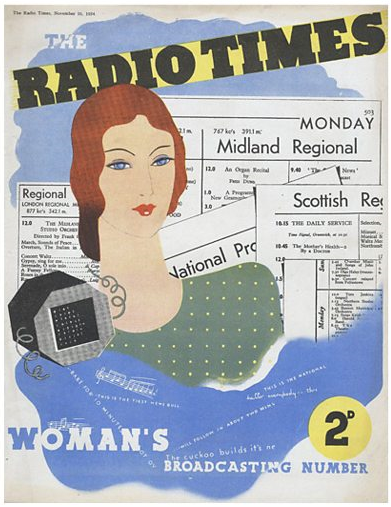 It is astonishing to find out just how much information has come up online in the past five years. In the early days of Modern Printmakers I wrote a rather crude and facetious post about the London sales promotion firm, Ralph & Mott, in the vain hope that someone would come up with information about the artists who worked for them. This week I was finally given two web addresses by a reader and decided to try and put together all the information and best images that are now available online. 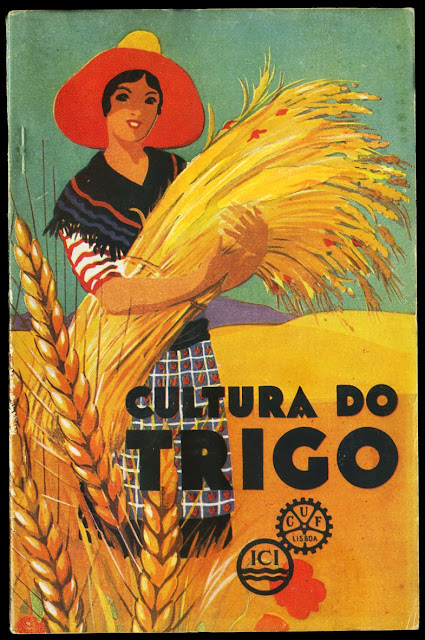 The business was set up I believe in the late twenties by Rickman Ralph and Geoffrey Mott at 46, Gillingham St, Eccleston Square, in well-to-do west London. The pair had already collaborated and the new business built on their success by taking a modern and efficient approach to all types of visual sales promotion. Inevitably, transport, travel and holidays provided a good deal of their work but the firm also designed information booklets like the one (above) for I.C.I. 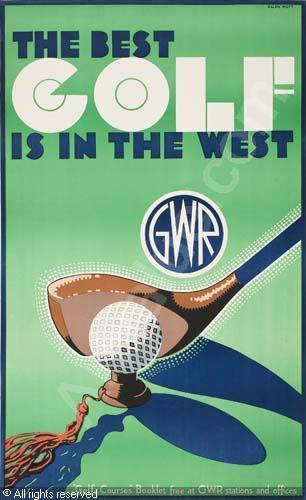 As you see, there was no obvious house-style aside from a strong image with clear messages. Nor were they the most stylish of operators in the field, although their poster of  Paignton gave G.W.R. as chic an image as any that might have been provided by Tom Purvis. But this was a sophisticated operation with a sophisticated address, employing artists who were well aware of contemporary styles and were able to project a modern image yet present a message that was understandable to the public. For the Radio Times, Edward MacKnight Kauffer was combined with an intriguing use of collage while G.W.R. were offered bold deco lettering and Paul Nash's soft surrealism. 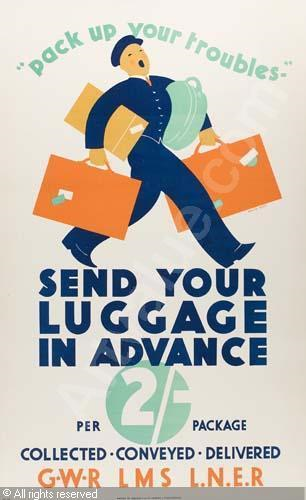 But it is the simple repetition of the circular logo, the gold ball, the letters O and G and other letters and words that is striking. One of their selling points was that commissions were discussed 'in Committee' and what in fact they were offering companies was sales by way of both information and an image with a strong dose of modern psychology.  I also need to add that Ralph Mott also produced artists prints which they signed in pencil. One showing part of old Sarajevo appears on the previous post about the firm and I seem to remember a flower print in the style of John Hall Thorpe. It may appear unscrupulous today but I suppose at the time people knew what they were buying. 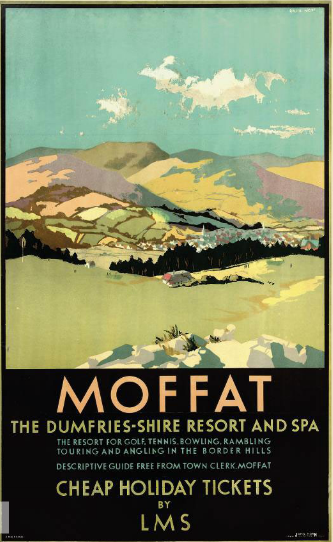 I still don't know what kinds of backgrounds Ralph or Mott had but neither were young when they began the business. What strikes me most is how uncertain I was about which image to open the post with! Usually with any artist it is deadly obvious which image will look best at the head of the post. With Ralph & Mott, I was spoilt for choice.

As for their staff, in 1920 they took on Reginald Lander who became chief designer and head of studio. Lander had trained at Hammersmith School of Art and may be responsible for so many of the cool tones of the images because they tend to occur in his work for other companies after the war. He worked in watercolour and gouache and surprisingly a number of original designs from the studio using both mediums have survived. The only other artist I know of is Edna Reynolds who went by the name of Jenny Reyn ie Wren. She had trained at Wycombe Art School in Buckinghamshire while she was still at secondary after her headmistress recognised her talent. Like Lander she went to work for Ralph and Mott in 1930 but both artists lost their jobs after the outbreak of war when their employers decided to close the business 'for the duration' in an attempt to preserve their capital. 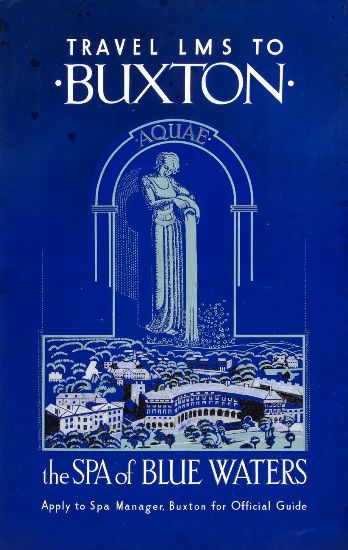 It is always possible I suppose when you look at the details of these images to tell they come from the 1930s. All the same what impresses me about so much of this work is how much it has in common with our own advertising. The clarity and simple division of lettering and images and use of basic colours is remarkably modern. No one style was allowed to come out on top and they were always full of ideas. Look no further than this poster for Buxton where three kinds of typography alone were used - clean modern deco for basic information, descriptive lettering for large appeal and Roman characters to add further interest and depth. Living not so far away, I know Buxton and find the image entrancing, but for readers who do not know the place, Buxton was a Roman town with natural springs, and St Anne's Well can befound at the bottom of the hill in front of the crescent you can see. Hence the figure pouring water from the vase. Its appeal is relaxing, stylish, erudite - and convincing. 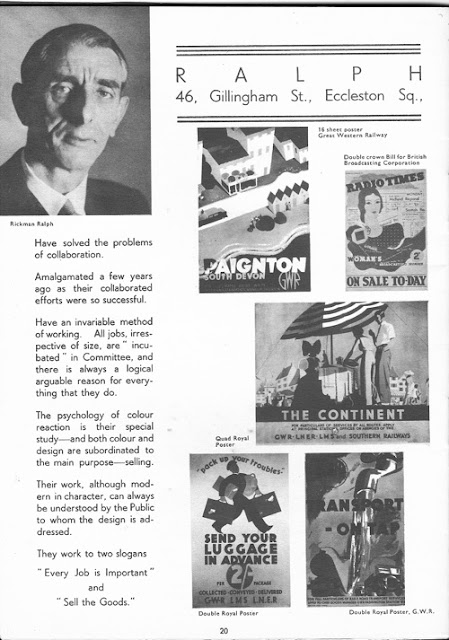 I am indebted to various sources. Not surprisingly the invaluable National Railways Museum at York is one of them but I also have to include bearalley.blogspot, Liss Fine Art, the Science Museum, Quad Royal, The Travelling Art Gallery, halasbatchelor75, Moore-Gwyn Fine Art and frenesilivros.blogspot. Special thanks also to Peter for the leads. 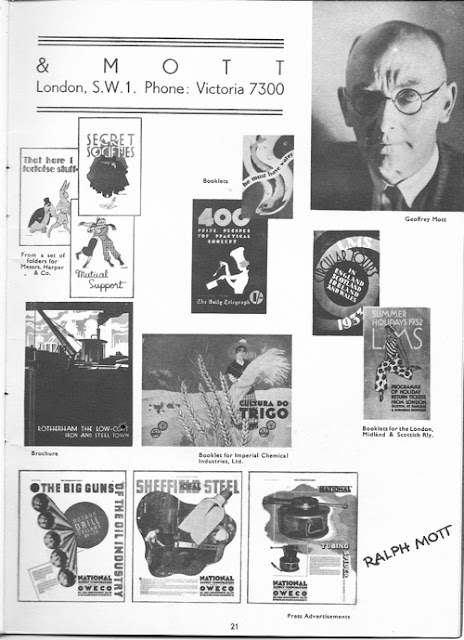